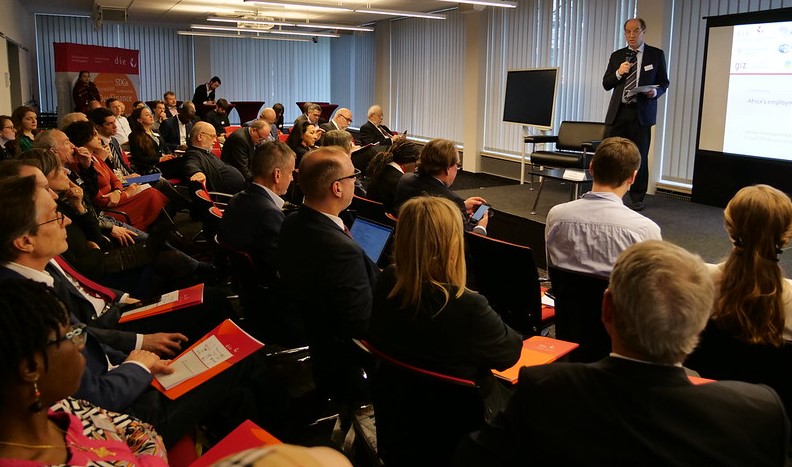 Industrialisation has facilitated China’s rapid economic development over the last decades. Now increased wages diminish China’s competitiveness in labour-intensive industries and increase the pressure to relocate – or automate. Can the relocation of light manufacturing from China to Africa become a major contributor to job creation and economic development in Africa? Or will increasing automation in production reduce the relevance of labour costs? More broadly, will African countries be able to replicate the “Asian model” of export-oriented growth as a springboard for industry-led economic development?

To explore answers to this question, the Sino-German Center for Sustainable Development initiated and co-funded a joint research project of the Center for International Knowledge on Development (CIKD) and the German Development Institute (GDI/DIE). The outcome of the project, the study “Exporting out of China or out of Africa? Automation versus relocation in the global clothing industry” was presented at the conference “Africa’s employment perspectives towards 2040”. The two-day event, organised by GDI, from 17th to 18th February in Bonn, Germany, focussed on international trends and their possible effects on the job market, especially in Sub-Sahara Africa. 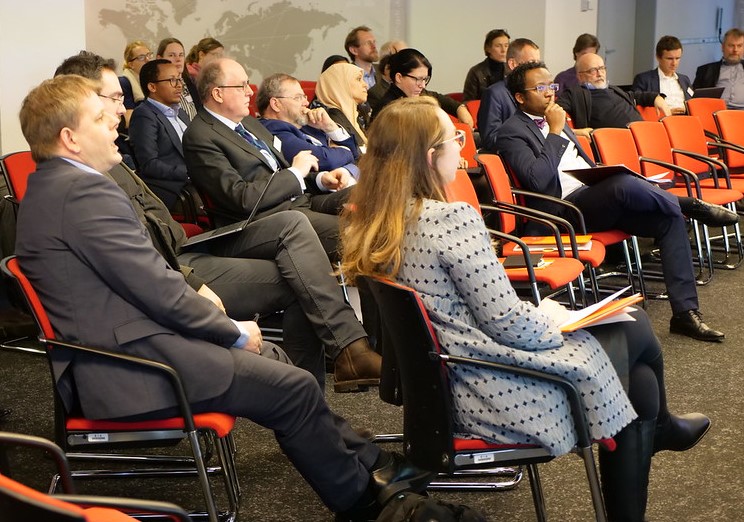 Two of the authors of the study, Mr Tilman Altenburg, head of the GDI research programme transformation of economic and social systems, and Ms Lindsay Whitfield, professor at Roskilde University, presented main findings of the study during a session titled “Will China’s structural change boost Africa’s light manufacturing exports?”.

Mr Altenburg summarized the findings of the study on automation trends and Chinese responses. While Chinese companies rank among the largest buyers of garment robotics, it was shown that not all jobs can be swiftly automated in the garment sector. Due to the characteristics of the material a full automation of sewing jobs is expected to take another 15-20 years. The study confirmed that firms more often relocate from China to South-East Asia and seldomly to African countries. Besides rising labour costs, several other factors such as security, trade agreements, political frameworks and pressure due to time-to-market for garment produce emerged as similarly important factors for the (re)location decision of garment factories.

Ms Lindsay Whitfield, presented findings of the study on whether African countries are ready to attract Chinese foreign direct investments in the garment industry. Showcasing Ethiopia and Madagascar as case studies for local garment production she tracked back how their respective garment industries developed. Although politically unstable, Madagascar has been benefitting from investments from Mauritius in textile companies as production grew too expensive there. Ethiopia only recently reoriented the sector towards a more export driven approach. African countries are strongly engaged to ensure a more investment friendly environment, adding to the already highly competitive market. While most investors are still timid to enter the market, certain buyers pursue an Africa sourcing strategy. Hence, Ms Whitfield strongly advocated for a buyer-centric approach to strengthen industrialisation.

The session was chaired by Mr Raymond Gilpin, Chief Economist for the Regional Bureau for Africa of the United Nations Development Programme (UNDP) and also included an input by Mr Stephen Gelb, Principal Research Fellow of the Overseas Development Institute (ODI) on Chinese garment industry strategies to confront rising wages.

The session closed with a brief panel discussion focussed on policy advice given in the study.

For more information on the conference, visit the GDI website.

The study can be found here. 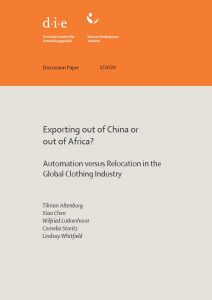 The Sino-German Center for Sustainable Development is a joint initiative by the German Federal Ministry for Economic Cooperation and Development and the Ministry of Commerce of the People’s Republic of China.